A master’s Thesis was Discussed in the Department of Geography / College of Education / University of Misan (Assessing the Efficiency of the Recreational Job in the City of Nasiriyah).

The thesis included four chapters arranged coherently, preceded by the introduction and the theoretical and organizational framework, and it included the concepts and terminology of the study, especially the spatial and temporal boundaries of the study area, with a presentation of the study problem, its assumptions, objectives and justifications, and methods of presenting data.

The first chapter dealt with the natural characteristics of the city of Nasiriyah and their impact on recreational services, as well as the demographic characteristics of the city, including the annual population growth, composition, and density. The second chapter includes a study of the spatial distribution of entertainment services in the city of Nasiriyah, the area it occupies, the number of employees in it, and the technology of the nearest neighbor according to the (.10.7 Arc Map) program. The third chapter dealt with measuring the efficiency of entertainment services and comparing them with local standards, in addition to some statistical methods to know the relationship of the population to services, such as the Pearson correlation coefficient, and analyzing the general indicators that were summarized from the questionnaire prepared for the study. The fourth chapter is devoted to future prospects and an assessment of the population’s needs for entertainment services for the year (2029).

The thesis aims to identify the types of entertainment services, their spatial distribution and the area occupied by the study area and to know the suitability of that distribution with the distribution of the population and the adequacy and efficiency of recreational services in quantity and quality, according to the local planning standards adopted in Iraqi cities. While identifying the defects in their services and determining the amount of deficiency for each service, and the future prediction of the city’s need for entertainment services and space it will need in light of the city’s population growth in accordance with standards in a manner consistent with the needs of the population. 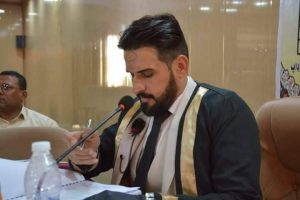 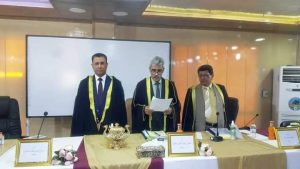